Birthing a Community – By C-Section 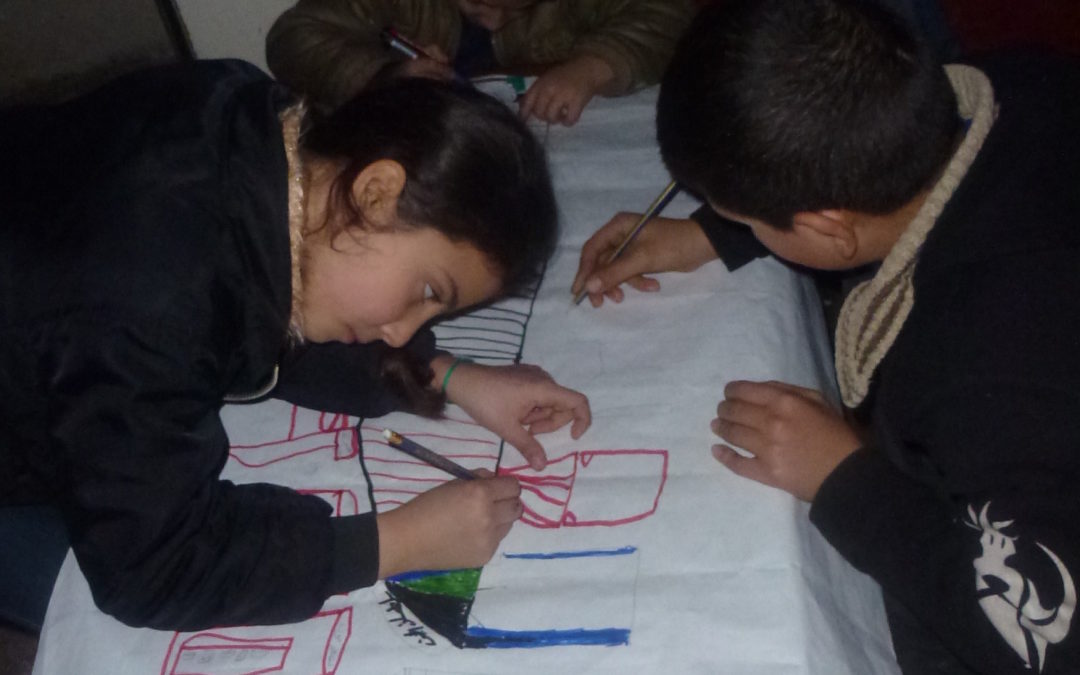 Birthing a Community – By C-Section

The frigid air flowing through the broken window didn’t cool the flaring tempers.

No surprise there. These women are urban survivors in a sectarian no man’s land. It’s what came next that shocked me.   A plucky teenage girl jumped in with both arms raised high.

“Stop! No fighting! STOP! No politics! This is not us! We are Joy of Giving. We practice love, forgiveness, respect. We gathered here to talk! To work together!”

This was day one, gathering local moms to discuss how to raise their kids together in peace.  values-aligned visionary had called Dreams InDeed for help. Her dream? To birth a model community together, right on that demarcation line.

Day two confirmed this birth would be agonizing.

“What’s that?” I wondered. I glanced at that same teen sitting next to me with her hair fashionably covered. Her eyes sparkling, she said with a smile, “Don’t worry – those are fireworks.”

Puzzled, I queried, “Fireworks, midday? How do you know?”

“Oh, there must be a party. Gunfire sounds different. It’s easy to tell once you get used to it.” The headmistress of the school where we met agreed, “Guns definitely sound different.” We listened for a few minutes. Then my young friend exclaimed, “Now, that’s gunfire!”

Ringing the dismissal bell, the headmistress barked out, “Let’s go now! Leave! RUN!” The students poured out of classrooms and down the broken, uneven stairs. The agile ones sped past us. We sprinted over an open area and hopped in our van, our petite dreamer driving. As our teenage friend jumped out by her home, she waved goodbye with that same sweet smile, “Don’t worry!”

Turning onto the main street, we screeched to a halt. A young man who recognized our van ran out to stop us. He diverted us down an alley to avoid a street battle. We weaved through more chaos and running uniformed men. Then, with a glance in the rear-view mirror, our dreamer’s face blanched.

A soldier with an AK-47 ready approached behind us. She hit the gas, and we were gone.

We made it to our overnight staging point, unharmed. A demonstration in another country had ignited tensions in our urban tinderbox, linked to regional clans. After a flurry of cell phone calls, we got the good news. No one killed that day. Just several wounded.

But our petite dreamer was undaunted. That next morning, we were back building bridges, home by home. Year after year, her teenage ally had seen the values at work in community service, cultivated in relationship.

That’s how this teen came to embrace, model, and advocate for those values as an insider in a very hard place. With coaching by Dreams InDeed, she and her Joy of Giving volunteer friends are establishing a community center together to bridge sectarian divides for the common good of neighborhood children.

This neighborhood is a microcosm of a region in violent upheaval.

In over two decades of work in Middle Eastern hard places, we’ve never seen such unprecedented turmoil and gloomy apprehension. However, we’ve also never witnessed such exemplary modeling of a tangible alternative about how to live together. Light is penetrating darkness, despite the turmoil.

Giving birth to a new community on a sectarian demarcation line requires a network of hands, linked in love, forgiveness, and respect.   Hands linked across the line, hands linked with those on the line, and beyond the line. Picture a new community with sustained peace of mind, where one people unified in their diversity, stand up together with each other in dignity and stability.