Hard Places – Staying In, Not Escaping Out 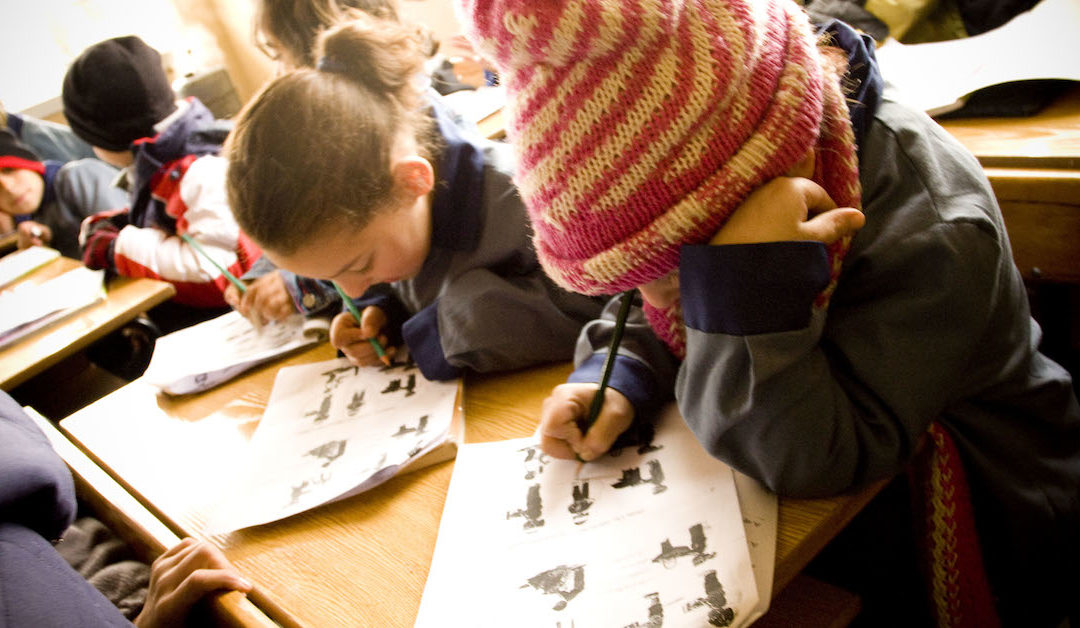 I did a double-take as the fire and twisted metal flashed across our TV screen.  Breaking headlines scrolled: “Assassination bombing in Beirut suburbs.”  While I finished packing, David text-messaged our friends in Beirut, “We’re still coming tonight; any advice?”

En route to the airport, the replies rolled in: “Can’t advise you; looks like it was aimed at targeted persons.”  “If you wait until we have peace, it means we’ll never see you again. But it’s up to you to decide; things normal for us these days – unfortunately.”

Dreams InDeed is called to hard places.  So we boarded our flight.

Our Beirut airport taxi ride took longer than usual – the car bomb had sealed off our normal route.  We spent our first two days in a volatile rural area in the mountains.

Encouraging our dreamers.  Strengthening their hands.  Searching for new visionaries.

Our headmistress dreamer and her extended family welcomed us with open arms.  Bundled in layers of clothes against the bitter cold, she and I visited the homes of current and former students.  But the instability was driving her people deeper into poverty and desperation.

Our first visit was a family living under stairs of a building.  We peered into the twilight of two cramped rooms, and then squeezed out the back door.  There, a young gal was studying on a mat in the sun – warmer than indoors.  We visited one home made of tin.  In one dimly-lit back room, we met an illiterate, innumerate mom sitting with her six children on plastic mats covering the cement floor.  She couldn’t help on their lessons, but she could guarantee their diligence!

Exhausted from hours-upon-hours of an unfamiliar Arabic dialect, topped off by the drive back on treacherous roads, we flopped down at our Beirut guesthouse.  That’s when the calls and text messages began flooding in. “Are you back in Beirut now?  Did you have trouble on the road?”  “Fighting broke out nationwide; we’ll have to cancel fieldwork.  Stay put and we’ll make plans in the morning.”

Gunfire ricocheted that night in the city below.  We stared at each other, incredulously. The mountain road, on which we had passed just an hour earlier, had been blocked off by conflict.  Had we departed a few minutes later, we would have been stranded.

The next day was a national day of mourning for civilians killed in demonstrations.  We scrapped our original plans.  The city was on pins and needles.  The rest of the trip, we improvised one day at a time, guided by our Lebanese friends who live this way every day.

But as the country continues to spiral down to new depths, the upside-down values of our dreamers buoy people up with faith and wisdom that make what some thought impossible come to life.  Let me share a few examples from our visit to the rural school:

This dreamer doesn’t seek to escape out of a tough context, but endures to live in it and articulate a new way of thinking and acting from within the hard place.  It’s a “show-and-tell” lesson that changes lives, both inside and out.