I’ve Lived with War All My Life – So Why Bother? 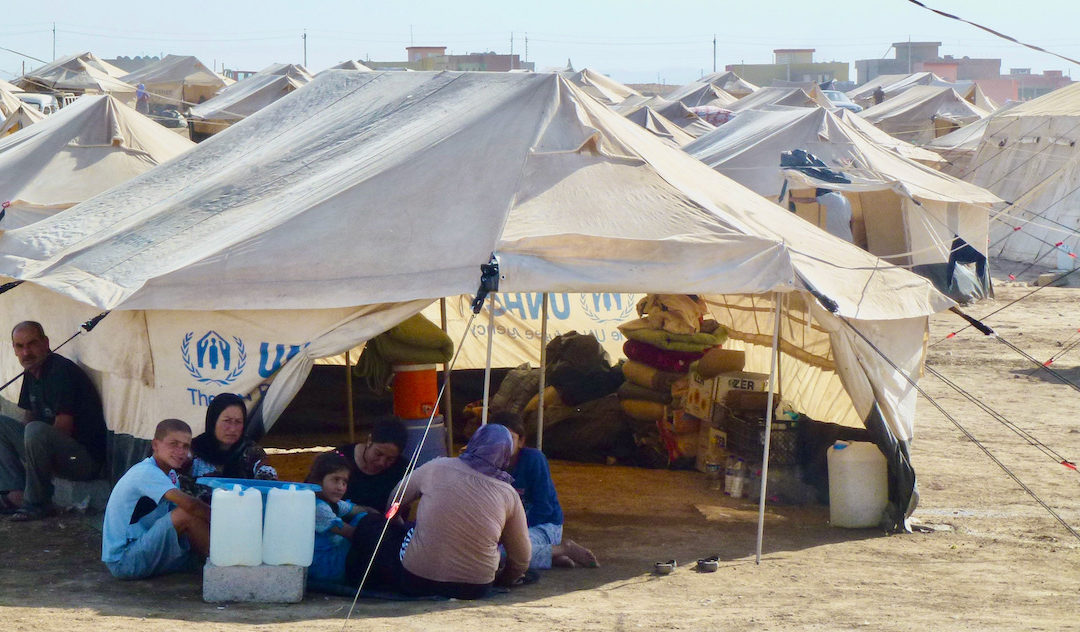 I couldn’t help it. I burst into tears.

Exactly a year ago in Iraq, our dreamer had shared the cruel facts filtering out.

But now was the final blow. Their homes had been ransacked. And occupied by fighters. Their belongings dumped into the street.

Two months before my flood of tears, they’d fled those homes because of their faith. Then armed men had combed the city marking the houses belonging to those not of their sect. Now our dreamer and his friends knew that the reason was to destroy the contents of their homes and occupy them.

They and 833,800 of their ethnic minority neighbors officially joined the over 4 million internally displaced persons of Iraq.

We’d first met our Iraqi dreamer shortly after he had first fled from his home.

He and his family had taken shelter in a mobile unit that was a kindergarten. They shared a toilet and kitchen with twenty other people. They had the clothes on their backs, some donated food, and borrowed mats, pillows, and blankets.

When our conversation ran too late for safe travel, they welcomed us to share their mats in that trailer. We still laugh about our instant metamorphosis from strangers into family.

Every displaced person we met on that trip talked of returning home soon. Very soon. Life was unimaginable otherwise.

They named family members who built their stone homes dating back to at least the 1800’s. They earned livelihoods in businesses passed down through generations. Their histories intertwined as neighbors raised their children together.

Occupation of their homes was a crushing blow. Stark reality sunk in.

But we hear the backstory in the zone of misery they left. While embracing in a farewell, one father sobbed, “This is ripping my heart right out of my chest. I just lost my right arm.”

Yet, some stay. One of those displaced young men has become a close friend. And now, he’s living his dream. A dream with the mentally challenged.

We’ve teamed up with him in a start-up vocational training center for his “brothers and sisters” with special needs. Those just like him who are internally displaced.

We eat the breakfast lovingly prepared by the hands of his challenged “brothers and sisters.” We enjoy his laughter-filled classes at the center. We toil long and hard together, skipping meals to crunch plans and budgets until 11:00 p.m.

This guy is cultivating joy with his people. And he loves his country.

So I was stunned when he confided, “I tried to leave the country.  I would have emigrated if I could.”

He could have been one of those guys drifting in a lifeboat or climbing over a fence!

“I’ve lived in conflict and war my whole life. We never planned before. Why bother if there’s no future? Then Dreams InDeed showed up. And you keep coming. Dreams InDeed believes in our dream, too. This helps us not to fear, just trust God. This project has a future and I have hope, so now I must plan!”

And their commitment to stay rooted in this hard place affirms for all of us that there is a future and hope for all the others persevering in their hard places, too.