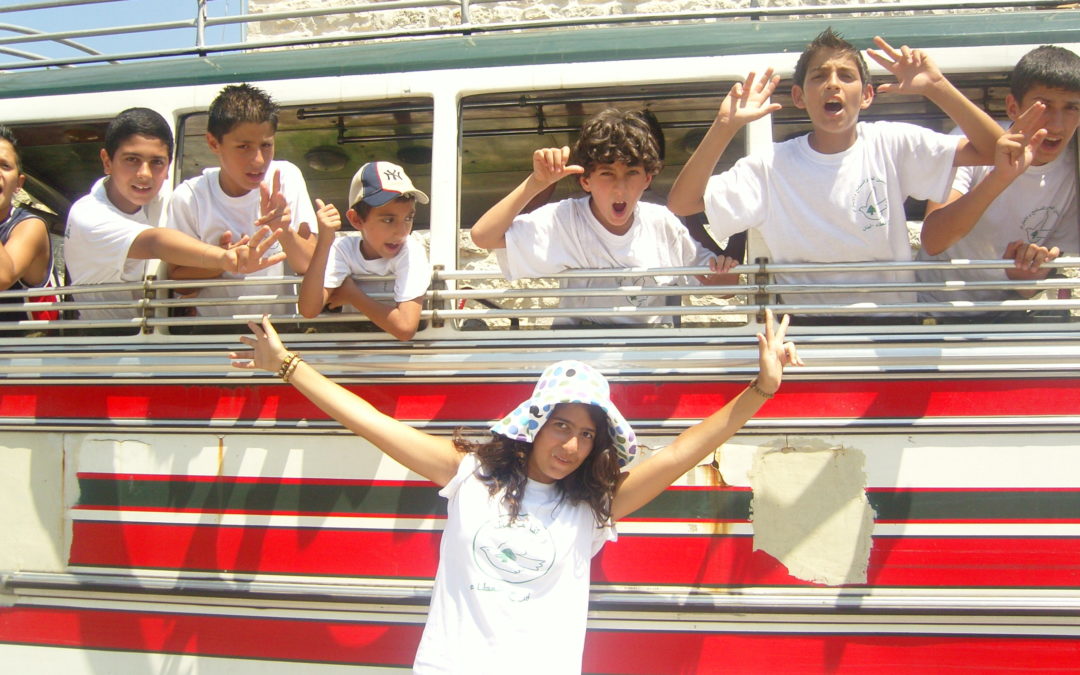 The stunned eyes of a ten-year-old confirmed it – mercy triumphs over judgment.

On this last day of the summer camp, fifty kids from every conflicted corner of Lebanon were having the time of their lives together.  I was in private consultation with Melhem, founder of this youth movement.  We’d set aside a full day to get to the bottom of turning-point decisions in his life’s work.

The head counselor entered with the ten-year-old camper, Isma’el.  “He’s been swearing and hitting other kids again,” she reported.  Returning to the hullabaloo, she left Isma’el with the head honcho.

Melhem introduced Isma’el to me.  We shook hands.  Melhem offered him a chair.  He sat down, staring at the floor, fidgeting.  Silence.

After the pause, Melhem asked, “Hey, could you come over here and help me rewind my fax ribbon… just like this?”  Isma’el watched and nodded.  He started carefully winding it on the spool.

Melhem and I continued our discussion. Twenty minutes later, Isma’el finished his task and looked up.

Melhem asked “Is anyone bothering you today?”  He said no.

Melhem asked, “Is there some problem?”  He said no.

Melhem asked, “Do you like camp?”  He said yes.  Then Melhem held up three fingers, “What do these mean?” Isma’el shouted out the watchwords: “Love, forgiveness, respect!”

Melhem rummaged in his desk drawers, and surfaced with a bag of candy.  “You really helped me with that fax ribbon.  Thank you.  Here’s some candy that I share with my friends.”

Isma’el stared at him, incredulous.  Candy?!  Not a beating?

He tentatively took one piece.  Melhem asked, “Don’t you want some more?”  He nodded yes, eyes huge.  “Go ahead, take all you want.”  He gingerly took a few more.

Then Melhem said, “Now, put that candy in your pocket.  Go back to your team.  And remember – love, forgiveness, respect!”

A boy reformed?  Not quite yet.

We got two more knocks on Melhem’s door that day.  First, a shattered glass.  Then, a rash of graffiti.  And we had two more sessions with Isma’el.

I wondered, “Is Melhem getting through to this kid?”  In session three, Melhem asked Isma’el to tell me his life story.  Tough to hear, much less to comprehend.

Isma’el was born in a sectarian no-man’s land.  A survivor of gunfire and car-bombs.  Started work at age eight.  Never dreamed of school.  His day job?  Killing chickens.  His pay?  Twenty dollars a week to his father – and three for him.  That’s a nickel for each blood-and-guts battle to the finish, with no days off.

How could Isma’el and his buddies discover the meaning of words like love, forgiveness, and respect?  Those words remain just that – words – until lived together with kids on the other side of Lebanon’s fault lines.  That’s what this movement is all about – turning words into deeds.  And targets into brothers.
They call it the “Joy of Giving.”

I watched that joy soften the scars that a decade of violence had etched into Isma’el’s face.  He reveled in love at a summer camp that blew his mind.  When his anger reflex flared, he got forgiveness – not his usual pounding.  And then he got respect in a request to serve with dignity.  The joy of giving.

We call it “accompaniment.”  Hand-in-hand, day-in, day-out, through thick and thin.  That’s what Isma’el enjoyed at camp this summer.  What visionaries like Melhem experienced with us this year.