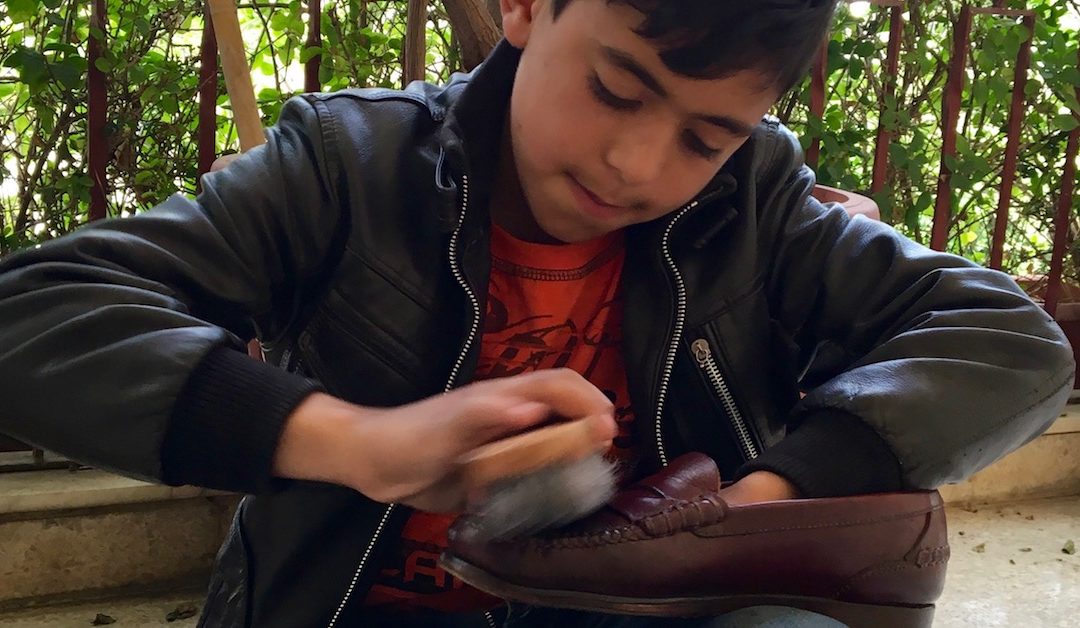 The doorbell startled me. We were deep in discussion with Melhem, a Lebanese visionary that Dreams InDeed accompanies. I walked over to open his office door.

A small boy with a big bent can under his arm stood before me. He clutched a wooden box stuffed with rags, brushes, and shoe polish. Melhem called out, “Who is it?” The boy marched right past me. Melhem laughed and introduced us. Samih shows up every day without fail. 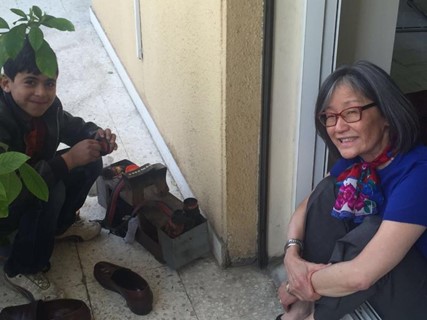 Melhem and David handed over their shoes. Samih flipped over his bent can, squatted down on it, and went to work.

Curious, I sat down on the floor opposite Samih.

He was fixated on the task at hand. But when I ventured a question, he looked up quizzically. After a nod from Melhem, Samih responded, not missing a stroke on those shoes.

“When do you work?” “All day. Every day.” My heart broke. Ten year olds shouldn’t be breadwinners.

“How did you start shining shoes?” He brightened, his shy grin exposing his broken front tooth. “I tried to sell gum to Professor Melhem on the street. He said I should work with dignity. He bought me this kit. And got a shoe shine man to teach me.”

Dreams InDeed talks about “hard places.” But those are mere words until spelled out on the faces of kids like Samih.
Samih is polite and sweet today. But the burden to feed his family is crushing. The UN Population Fund reports that 41% of Syrian refugee children in Lebanon contemplate suicide. Without a friend like Melhem, Samih is a ripe recruit for conflict.

Visionaries like Melhem chart a different way forward for children in these zones of misery.
Melhem opened a school, now with 200 refugee kids completing their third year running. And in Iraq, he built another school for 957 kids who’d lost their homes to invading fighters. 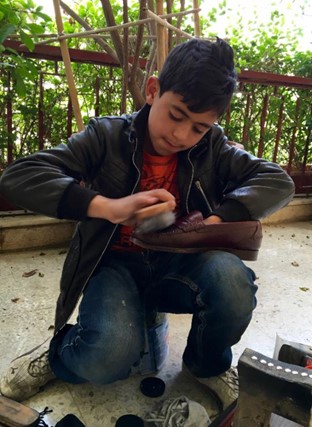 And Melhem is not alone. Just last month, Dreams InDeed got underway with two more visionaries in the Middle East. Each of them keep hope alive in hard places for kids like Samih.

One dreamer grew up sorting garbage. She lived a harsh childhood reality: if you don’t work, you don’t eat. But she forged a way forward for hundreds of kids after her. They now learn to read, if only on breaks from hard labor. Some of her protégées have even earned public school diplomas.

Another dreamer provides vocational and remedial education to hundreds of marginalized kids across Egypt. One trainee, a drug peddler, became a barber. Another, a mother, can now read the directions for her kids’ medicine.

Dreamers don’t wait for the hard places to get easier. Instead, they stay rooted, cultivating joy instead of grief, and offering celebration rather than despair.

But frankly, the odds are stacked against these dreamers. That’s where Dreams InDeed comes in. We stick with them through thick and thin. Encouraging them to persevere with their mission and practice their values. Challenging them to sharpen their strategies. And offering a boost when they hit a wall.

As Melhem said when introducing us to his network, “Dreams InDeed builds trust by walking alongside us. What Dreams InDeed does is bring hope.” That hope insists on finding a way forward with kids like Samih.