Those Who Have Ears… Let Them Listen 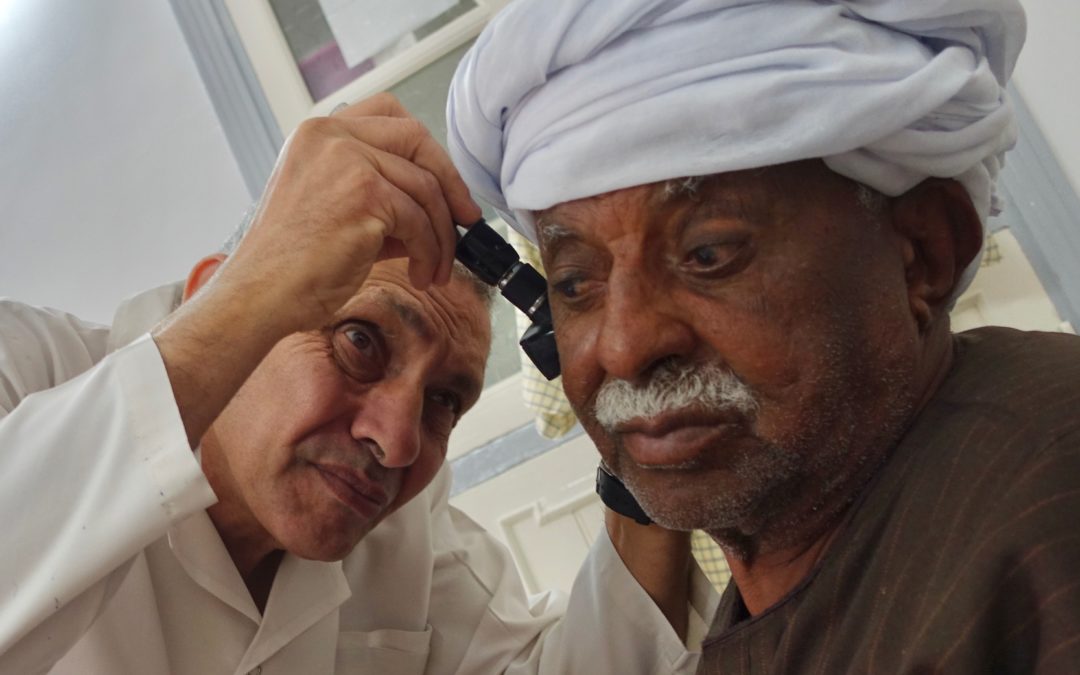 Those Who Have Ears…Let Them Hear 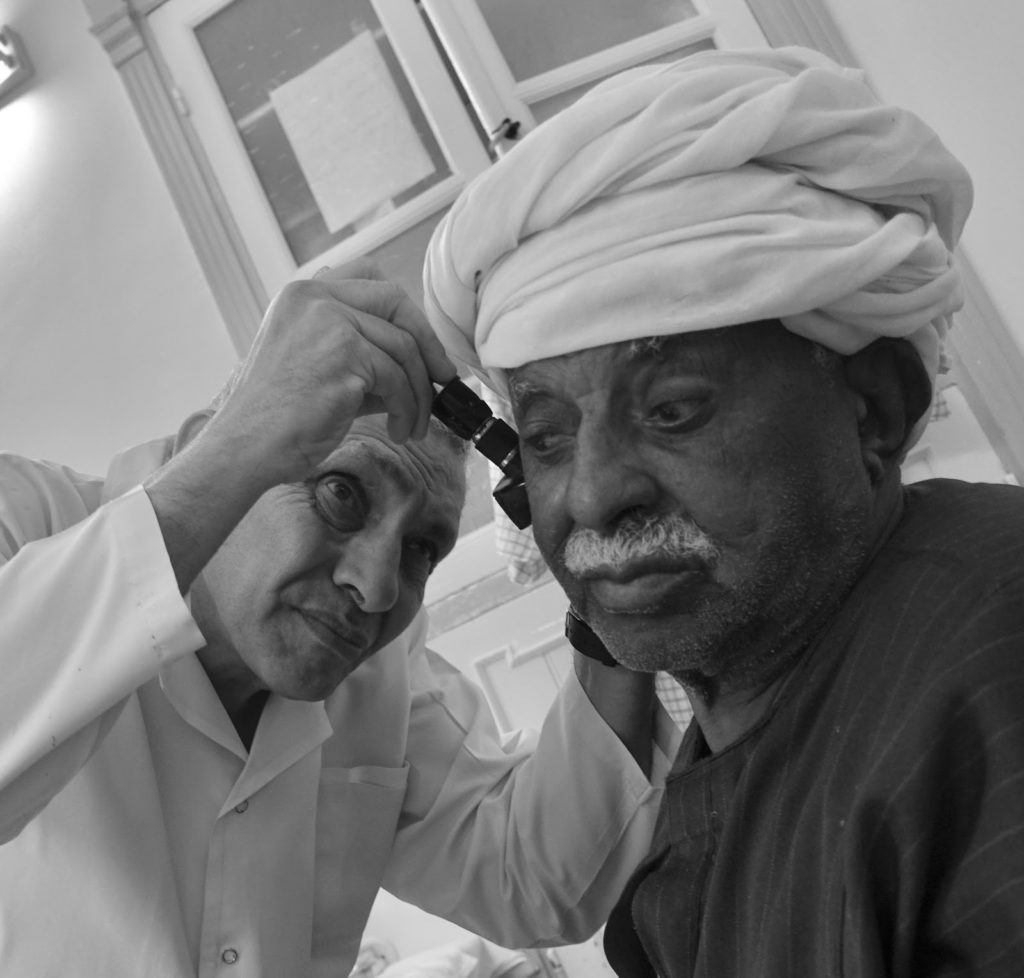 Before the rural clinic opened, this villager had waited over two hours for that coveted first spot in line. With only five public hospitals for nearly 1.4 million people, any healthcare at all is treasured, let alone treatment by this ear-nose-throat specialist.

Dr. Maged made a quick exam. Then delegating this simple case to his assistant, Dr. Maged and I stepped to an adjacent room to treat the next patient. With no break, he steadily shuttled back and forth, hour after hour, to finally reach the last in line.

Grimacing from his own piercing back pain, Dr. Maged leaned over that first patient again. Catching this fellow’s eye, I tentatively asked, “Can you hear now?”

Incredulously, I stared at Dr. Maged. The deaf hear? Amazing.

Dr. Maged explained that this province gets under a millimeter of annual rainfall with the heat soaring from 90 to 120° Fahrenheit eight months a year. Sweat, grime, and heat incubate chronic ear infections. He should know. For 17 years in this baking dustbowl, he’s treated tens of thousands for these deafening diseases.

Dr. Maged’s compassionate resolve to serve these simple villagers in this exhausting medical marathon is rooted in his own experience of personal pain and suffering.

He’s suffered two devastating car wrecks. The first crushed his face, and put him in a coma. The second nearly drowned him upside-down in an irrigation canal. He’s convinced his life was miraculously given back to him to serve those in greatest need.

But those shocks cannot compare with his deepest agony. His two sons are dying.

Their eldest son was eight when Dr. Maged and his wife noticed him start to have trouble walking. Four years later, they were devastated to observe the same symptoms in their second son. Both sons have a degenerative and paralyzing nerve disorder. Relentlessly, their muscles have quit working and atrophied, starting from their extremities. There is no cure. They know they will eventually suffocate.

Yet these young men have thrived with their parents’ dedicated love and care. 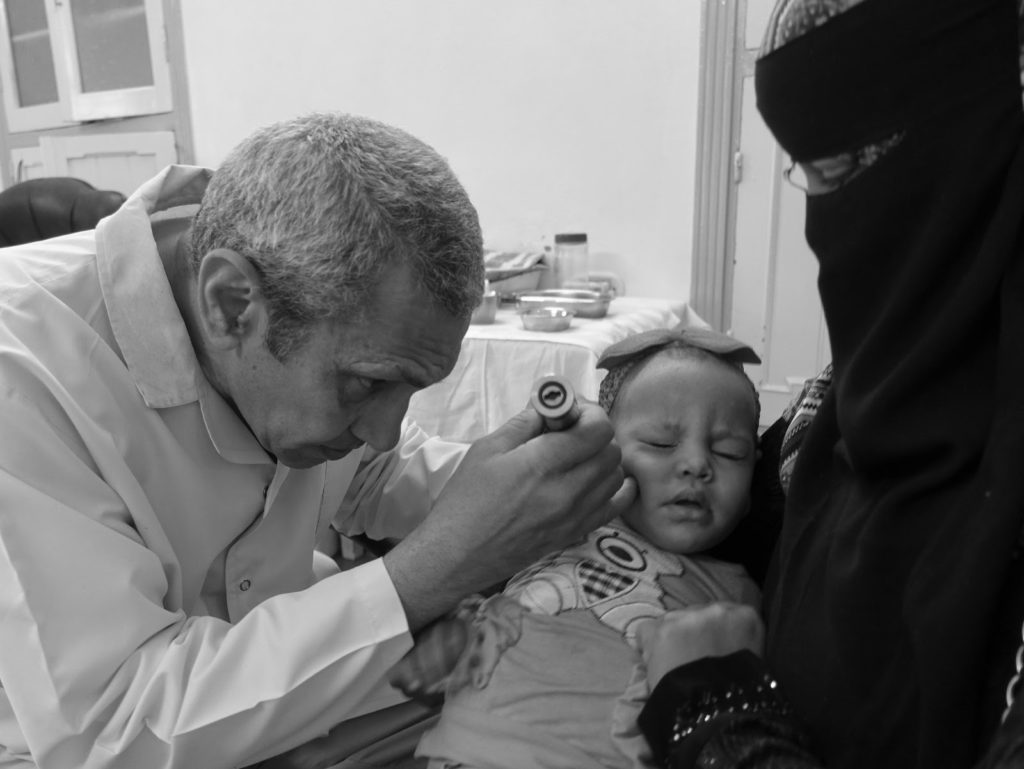 Dr. Maged’s suffering has born the fruit of values demonstrated in behavior. He radiates a living hope that looks to a future beyond grief. That’s clear in how he’s raised his sons, both with college degrees. Dr. Maged exudes joy that inspires others to work enthusiastically. That’s evident in the dedication of his small team who arrive at his clinic early and leave late. And he expresses love that endures to serve through his own pain. That’s plain to each patient, especially those waiting at the end of the line.

Dr. Maged knows he is treating just a tiny fraction of the over 800,000 remote villagers in his province without care. He must find ways to reach further afield.

His plan? Create a curriculum, and train local health workers in basic ear hygiene, diagnosis, and treatment – just as he’s done with his assistant. These remote volunteers will deal with non-critical cases and refer the complex cases to his clinic.

His life’s dream is posted over his clinic door: “Those who have ears, let them hear!”