Thriving – Restoring the Unseen Beauty of the Broken 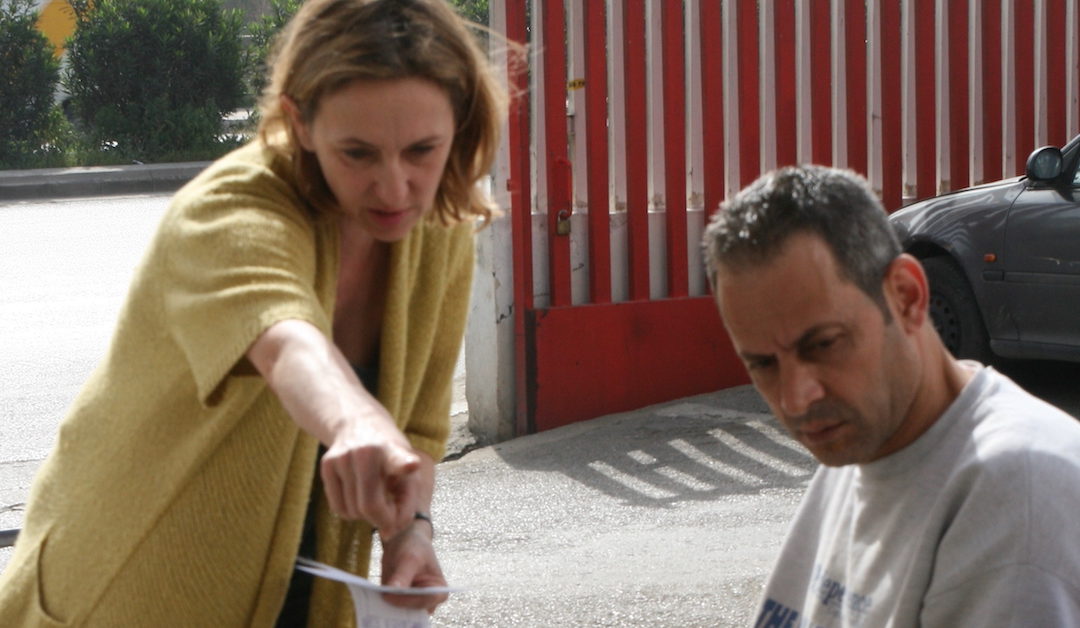 “It’s broken!” A phrase no one likes to hear.

Brokenness touches all areas of life – objects, the environment, relationships, bodies, spirits.  Each of us is broken one way or another.  For some, brokenness strikes suddenly and on many levels.  Take Omar.

Struggling to emerge from anesthesia, eighteen-year-old Omar thought he was having a nightmare.  In the chaos of treating war casualties, a disastrous mistake had been made.  Someone else’s spinal surgery had been done on him!
Omar entered that emergency room wounded, but able-bodied.  He left a paraplegic in a wheelchair.  Thus, he was inducted into the ranks of the estimated 100,000 Lebanese disabled during the civil war.

Omar’s future now looked bleaker than it had ever been.  He’d spent his teenage years knowing only the horrors of war.

Now, he would face the daily challenges and biting stigmas of paraplegia – brokenness.

In 1966, Omar was born into Lebanon’s vibrant years when it was called the “Switzerland of the Middle East.”
After the civil war broke out in 1975, unpredictable violence eliminated his hope to attend school regularly.  That’s why, at age eleven, Omar started work as an apprentice car mechanic.  His joy and skill in working with his hands soon landed him a job in a carpentry workshop.

Although he was underage, Omar signed up.

In the middle of an intense battle in 1984, an explosion – followed by that tragic medical error – changed the course of his life.

Rejecting self-pity, hatred, and revenge, Omar set out on a lifelong journey to become the person God created him to be, not looking back.  His parents’ “can do” spirit sustained and encouraged him.

Within a year, Omar had invented and built a simple system that allowed people with disabilities to drive.  Then, inspired by one of the managers of a rehabilitation center, Omar and several other patients began making and selling traditional Lebanese snacks.

What started as a snack shop manned by war casualties grew into a major factory employing scores of people marginalized by disabilities.  With talent and passion, they design, build, and sell wheelchairs, prosthetics, and customized aids for the disabled.

Entirely self-taught, Omar earns his living as their lead blacksmith.

But Omar is not all work and no play.  His energetic spirit has spurred him on to enjoy competitive basketball, complete the New York Marathon, and travel the globe.

So what was next for Omar to thrive as God intended?  When Benedicte, founder of the social enterprise 2BDesign, visited the factory where he works, Omar recognized the chance to reach far beyond his shop community.

Benedicte designs and creates the unique objects; Omar helps bring them to life. Together with other marginalized people, they transcend physical, social, and spiritual boundaries. Together, joining forces, they put beauty and order and relationship on display in boutique shops and elegant homes in France, England, Switzerland, Australia, Hong Kong, Japan, and beyond.

The proof of the transformative power of this paradoxical perspective is best expressed by Omar, himself, “Benedicte and I have a special relationship.  She is the mind.  I am the body.”

An astounding statement coming from a man in a wheelchair of his able-bodied co-designer!

So what does it mean to thrive as God intended?

Benedicte, Omar, and the whole 2BDesign team are learning what it means to recognize one’s own brokenness, to build trust in interdependent community, and to express their God-given dignity and creativity.  Life’s mysteries and treasures are only discovered when we look up from a focus on self, and take the risks to engage with each together to pursue order, beauty, and relationship.

In the 2BDesign workshop, they call it “restoring the unseen beauty of the broken.”
Can you see it?